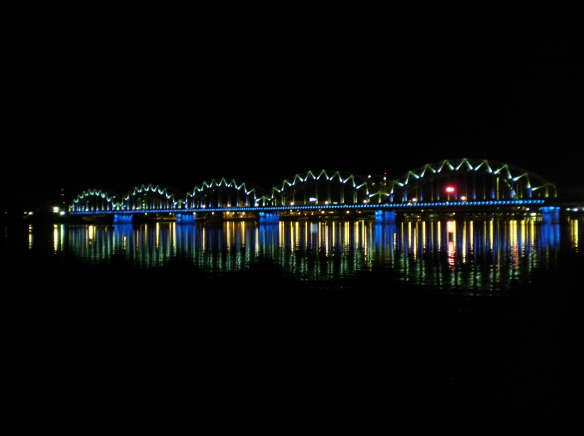 Parnu, was a low-key version of Tallinn. Less tourists, smaller churches, and warm sunny beaches. I pedaled around town for a few hours enjoying the sights and looking for a place to camp. I got word from some Estonians working at a kebab house that there were empty beaches south of the city in the village of Reiu. I hit the grocery store, and packed my panniers with zucchini, garlic, a red onion, bell pepper, a bar of crunchy chocolate and some tomato paste. With all this packed and all my water bottles full, I headed on the side roads to the village. Most houses were empty, as this is a very popular summer destination. A hiking trail led me through, thick, tick infested bushes but emptied me into the sea. It took me about 15-20 minutes to get all the ticks off of my panniers,(there weren’t that many but I diligently scoured my bags for them). I then pitched my tent on the sands of a western facing beach on a calm clear evening. Not a soul was out, and I could have easily been a castaway on some deserted island. With no tent fly, I watched the stars and listened to the sea, waiting for it to finally get dark. A sunset over the ocean really reminds me of home, and this is the first time I have seen it since leaving California.

Sunset over the Baltic sea

With a whole beach to myself I bathed and dried in the morning sun. Watching the water-color change from grey to blue. It dawned on me that I could have spent the next few days there, but since I needed drinking water I decided to pack up and find another spot. Just a few km south of Reiu the beaches turned into swamps and the tall grass gave way to yellowing ferns. I picked up supplies in an old soviet building turned grocery store, and found another superb camping spot at an abandoned parks office. Once again I found a secluded place on the beach behind some tall reeds, and set my tent for the night. Two Polish cyclists were camping not far and we drank beers as sunset just km from the Latvian border.

In elementary school my siblings and I would sometimes go to “day care”, the only thing that I remember enjoying was watching Swiss Family Robinson and imagining being stranded on a deserted island

A long day of riding brought me to the Latvian capital Riga, about 300 km south of where I departed the ferry in Tallinn. That night I became sick with a fever and diarrhea which left me immobile for two days. In that time I got so used to loose bowels that I was shocked when things returned to normal!

Characters exist on every road, US or international

Outside of Riga, I made the mistake of eating this smoked fish when it was offered to me.  Three hours later, I was struck with a high fever and diarrhea.

On Saturday I was strong enough to ride again and coincidentally it was “Balta Nakts” a huge cultural festival in downtown Riga. I spent the evening cruising town with my friend Marika. Art installments, light shows, electronic music, psychedelic bands, and cotton candy. I toasted off the evening at a local, soon to be deceased, house bar and made new friends in the wee hours of the morning.

The next morning, I got on the subject of spirituality and learned that the Dalai Lama was coming to Riga and giving a teaching on Compassion. In preparation several Tibetan monks were making a sand Mandala, which was open to the public throughout the day. Tickets were only a few Lats, and the teaching was in English! 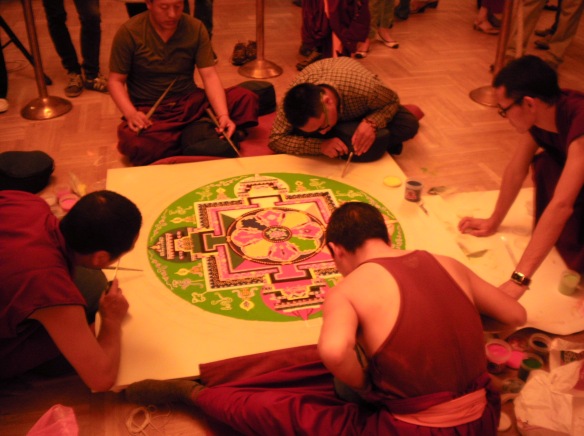 Tibetan lamas at work on the sand Mandala 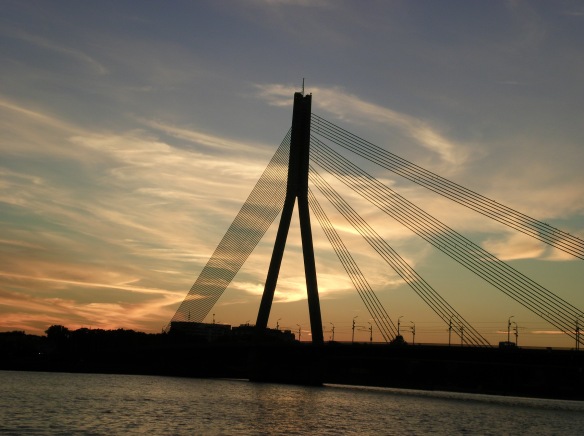 In the last few days I have acquired a rather large staph boil on my right elbow. According to my doctor support in the states I need to stay put for a few days to see if I can reduce the size of this thing by 75%. My right is pretty swollen and feels like it is full of pudding! The skin shakes, and slaps a bit when I brush my teeth, and it looks a bit like I have two elbows on one arm. Here is a photo

This thing hurts! Showed up one day and continued to grow

A few days later after a few more emails and pictures the seriousness of my situation became apparent, and I began to looking for a doctor and antibiotics. After stopping at a few clinics and pharmacies I realized that I would have to wait all day at the hospital where a doctor could cut open the infection, drain the pus and prescribe me the meds.

Later that night I had a dinner party with some of my Latvian friends. When I arrived I meet a man named Rivas who seemed concerned about my arm, and looked thoroughly at it. Rivas had just finished medical school and was preparing to become a psychiatrist. We talked for a few minutes, and then he offered to cut open arm. “Sure” I said, half-joking, “When”? “Right now” he responded. “ummmm, ok”. 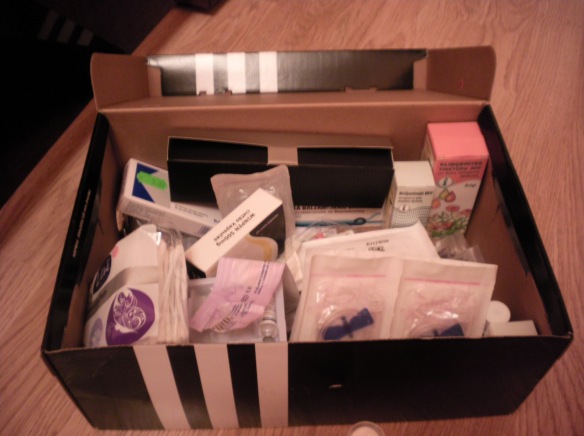 We got on our bikes and I cycled with him to his apartment in downtown Riga. He took me to his room and pulled out two shoe boxes full of IV’s, scalpels, and other medical supplies. “Shit, this is really going to happen”!! He put on some Depeche Mode,  prepared a spot for me to lie down, and got his instruments ready. I lay face down on some blankets, and twisted my right arm up so he could easily access the infection. 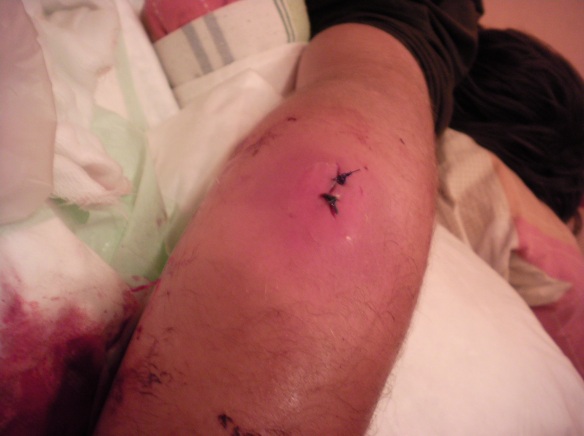 Just after the procedure

After about 20 minutes, he told me that there was “not much pus, just blood”, then he cut in a bit deeper, and all the “fat and ooze” started to pour out. He only had trial bottles of anesthetic so he was constantly injecting me with trail dose after dose. In about an hour, I was all stitched up, and ready to cycle back to the dinner party. He gave me antibiotics, a shot of pain killer and we rode back to the party just after midnight. 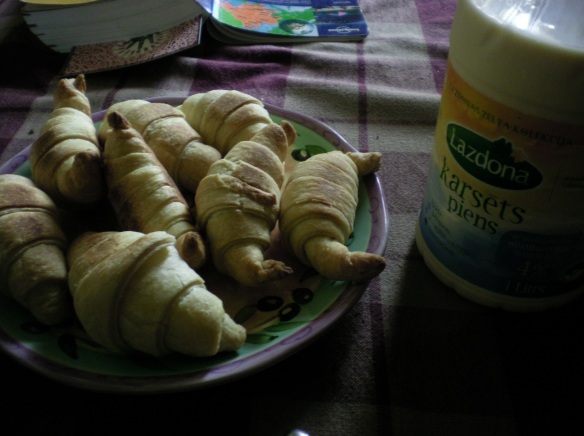 I have been resting since the surgery and have spent the last few days camping on the beach, tuning up bicycles, and enjoying Latvian hospitality. If it weren’t for the brutal winter I would really enjoy living in this city! Today I will have my stitches removed and by tomorrow I will be ready to continue my trip. 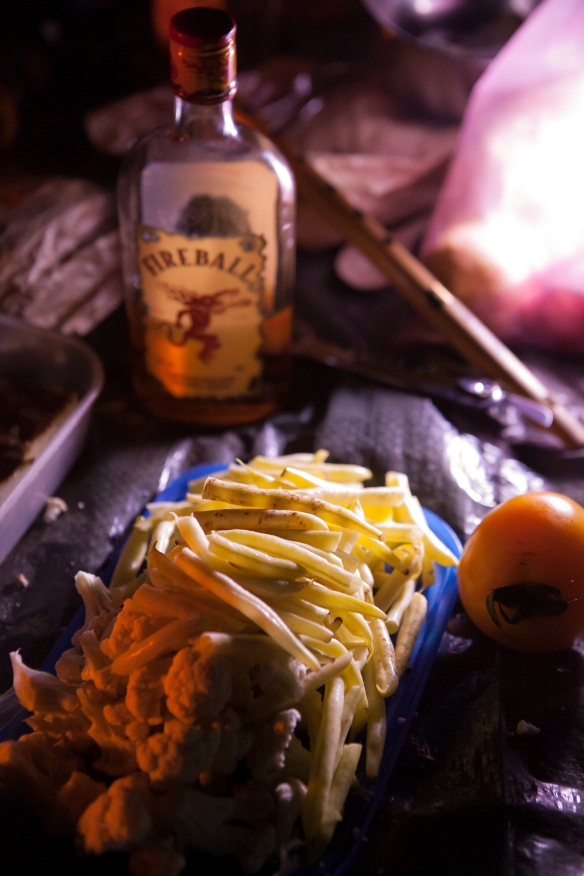 Fresh beans and cauliflower ready to be cooked on the Whiperlite, Latvians have a strange taste for the “fireball” 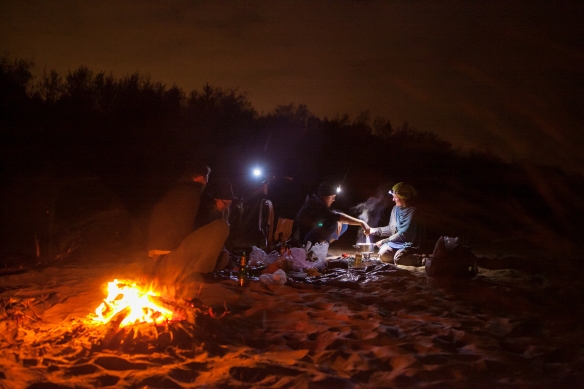 We had the whole beach to ourselves 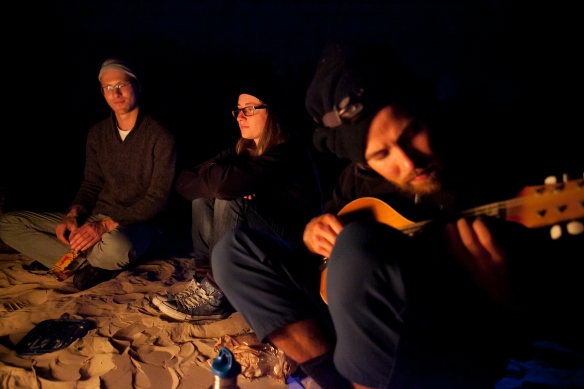 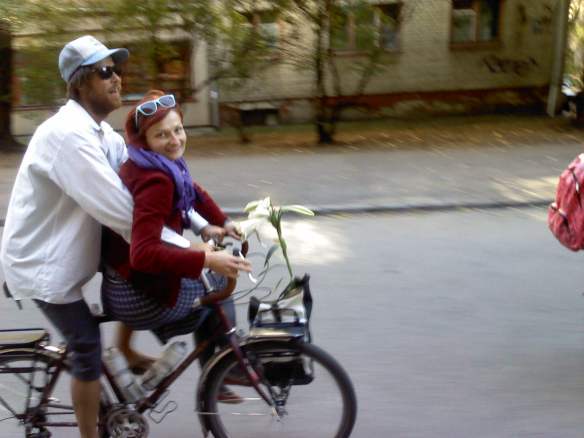 14 thoughts on “Riga, Balta Nakts, the Dalai Lama and a Latvian Staph infection”