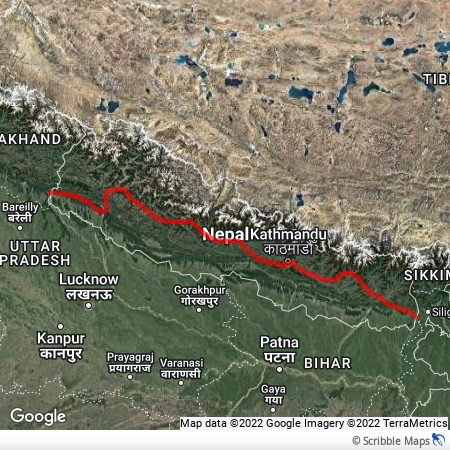 Rough Guide: Nepal is a breath of fresh air compared to India. Cities and towns will be less populated and traffic will be somewhat diminished. Kathmandu is the exception where pollution and traffic make the city seem like it has a population of a few million instead of just one. However I did find the Boudha district to be quite peaceful and full of Buddhist monasteries. Nepali culture is a mix of Indian, Tibetan and Nomadic Mongolian, with many people looking more like Asians than Indians. Generally the Nepali people are honest and many times vendors will give back your money if you mistakenly paid too much. ( I wish the same were true of India). I found Pokhara to be a beautiful city with lots of foreign trekkers, nice cycling roads near the lake and cheap, peaceful lodging.  The remote Himalayan villages are extremely difficult and dangerous to get to. The roads many times are washed out, and daily landslides can trap you. The villagers however are extremely friendly and I found great wild camping sites near turquoise rivers.                   Blog entries on cycling Nepal