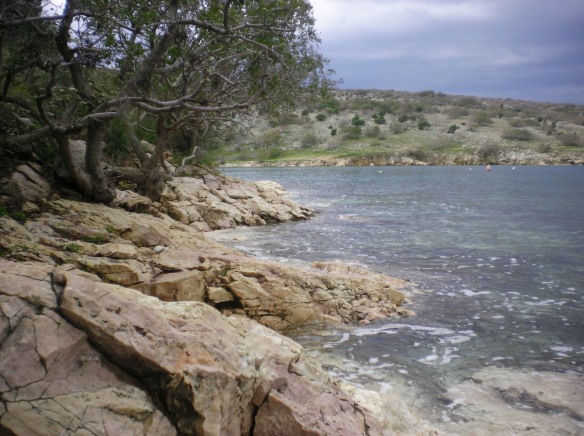 I left Fuzine with a new sense of mind and spirit. My perceptions felt enhanced and I climbed the last pass out of the alps with ease. Colors, smells, sounds, tastes flooded my perspiring body… I am ready to receive the grace of nature and let me find a respite in my quest. The top of the pass yielded a beautiful view of the northern Croatian Coast. I am in a very interesting place; Slovenia is less than 100 km north and Italy is a short ferry ride across the sea. 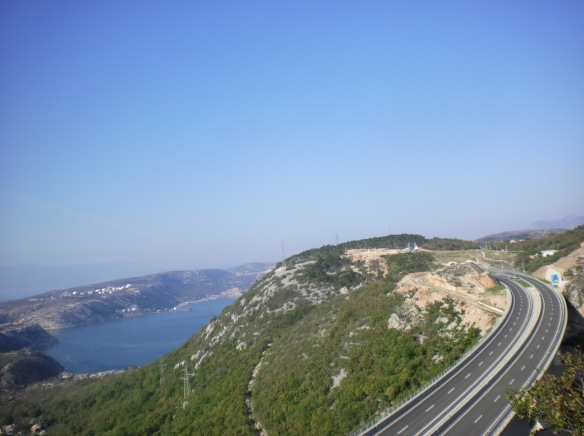 Decent into the Mediterranean 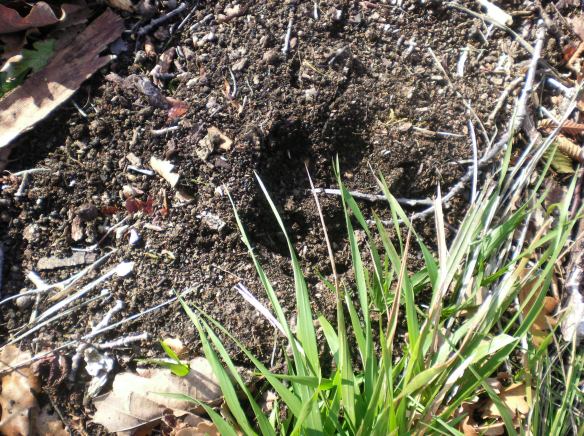 I have not seen the ocean since Riga, and slowly descending the steep roads I could smell the sea. Temperatures rose and soon I was cycling in sandals, shorts and a tee-shirt. My plan was to avoid the huge coastal city of Rijeka and head toward the island of Krk. A long bridge took me from the Croatian mainland to the largest island in the Adriatic. 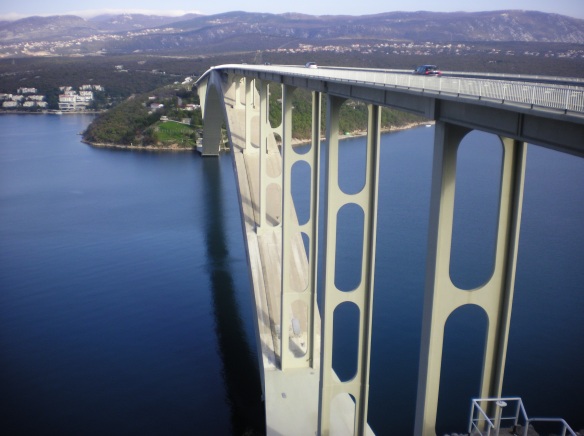 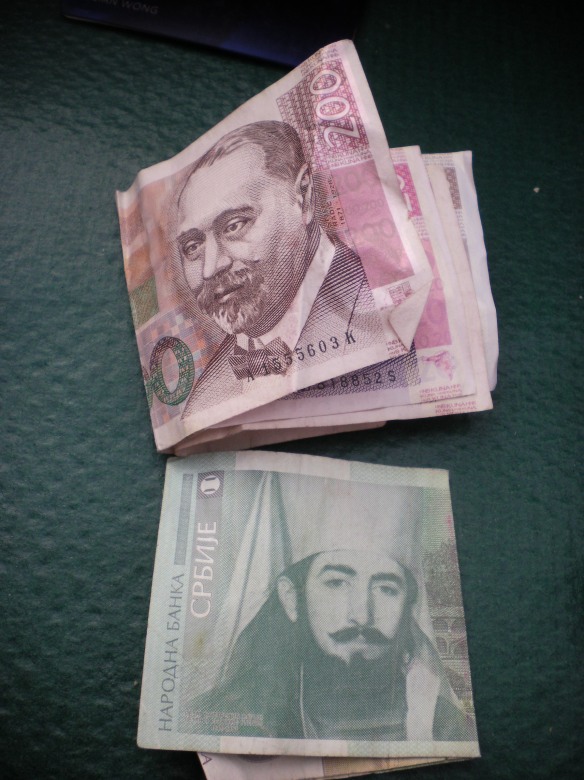 Difference in culture between Croatia and Serbia is apparent when looking at the currency. Top is Croatian Kuna

The interior of the island had a very similar environment to the Tenaja/De Luz mountains near my home town. Sumac, sage and olive trees grew throughout the interior, and after climbing a small pass I entered the city of Krk. Almost completely deserted, the island is a huge Summer attraction but during the off-season most businesses close or have shortened hours. The island was part of Italy before the second world war and the older generation speaks a crossed Croatian-Italian dialect. Camping, I easily had an entire beach to myself. Following the beach outside of the main town I found a deserted cove and pitched my tent less than a meter from the calm sea. Ice cream can last 5 hours outside the freezer, I had just purchased a small tin for dessert when I befriend a Slovakian business man who invited me to drinks at a nearby bar. 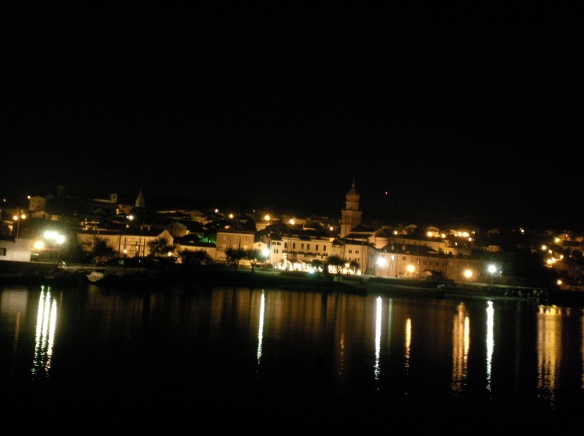 City of Krk at night 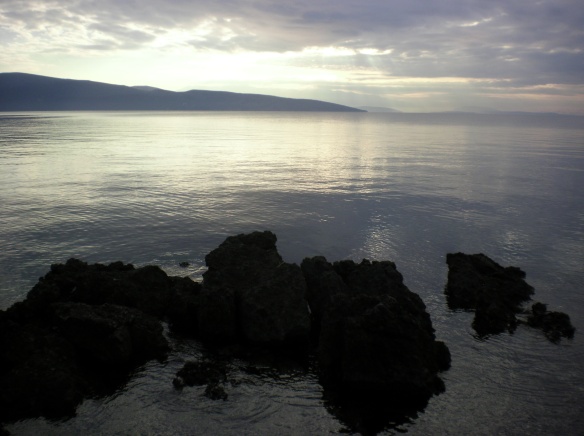 The water is cold, but swimmable. The high salt content makes for a good float and my only company that evening and following morning were the fisher man working small boats off the coast. The Croats share a similar feeling to the cold as do the Chinese. While leaving Fuzine a stranger told me “When I look at you, I am cold”, while cycling on the relatively warm Krk I passed a cyclist riding in a Everest summiting jacket! It is no wonder that the beaches are deserted, as the water is probably only a few degrees above freezing to most people.

Pile of olives awaiting the transformation into oil

Leaving the city of Krk, I cycled to an abandoned campground for an evening of meditation. On my out of the city I encountered many people picking olives, and after lending a hand I was invited for a quick tour of an oil mill. 4-8 kg of olives make 1 litter of extra virgin oil. 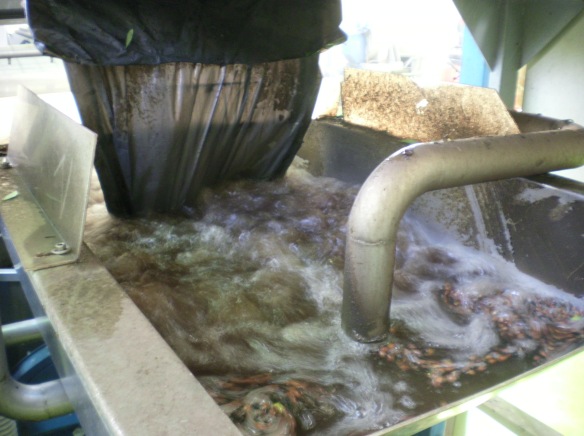 Olives are cleaned, mashed then centrifuged 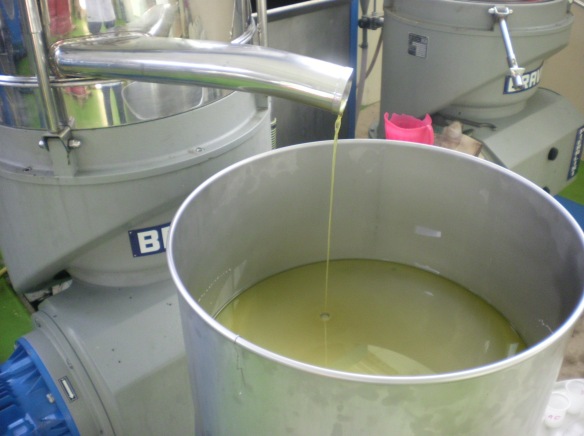 These guys even filled growlers!

Sleeping in an abandoned camp ground is a bit creepy, it kind of had a Friday the 13th feel. The evening was overcast but a full moon pushed its way through the clouds and once again I had a completely deserted beach. 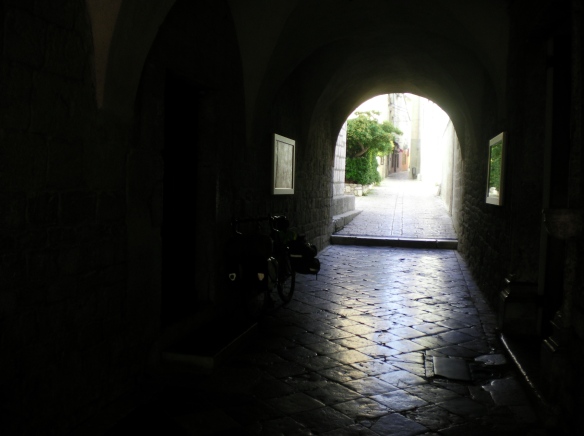 A tropical storm has moved in and it is pouring today. I left the abandoned campground this morning and headed to the more touristic city of Baska. With the rain, Baska feels more deserted, but the city is known for its beaches, it should not be hard for me to claim one for myself tonight. I am warned that the “Bura” (wind from the Croatian Alps) is forecasted in the next few days. On bad days Bura can make the bridge too dangerous to cross, and to avoid an extended stay on the island I will depart by Thursday. 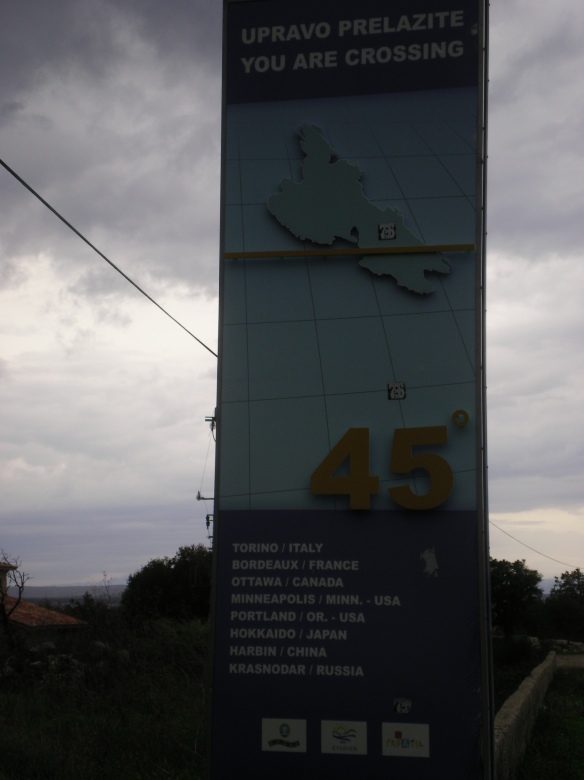 Looking forward to some oatmeal and banana mash. Bananas and Dalmatian tangerines are the cheap crop on the island but all other produce comes to the island on trucks paying heavy transport duties. It is good to take a temporary break from cabbage. At the retreat in Fuzine there was one particular meal that got my stomach working overtime. The meal consisted of; Cabbage lasagna, tofu stuffed cabbage rolls, and a raw cabbage salad. There was also a raw onion, sprouted bean garnish. Not a good idea before 6 hours of meditation! 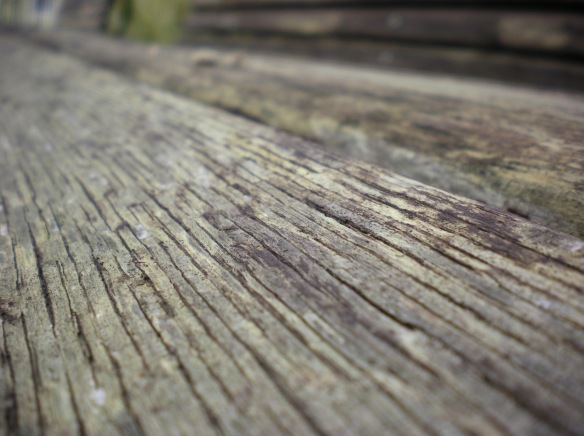 Anyhow, will be heading back to the Croatian mainland tomorrow or the next day depending on weather. I have a few ne contacts thanks to some new friends from the retreat, and I am looking forward to cycling the fertile Dalmatian coast south of here.

1 thought on “Descending to the Mediterranean”