My last two days in Thessalonikis were spent partying till sunrise and by the end of the third day it was time to get back to solitude. A difficult and emotional departure I said goodbye to Emyrsini and pedaled the busy streets; trying desperately to find my place among the mopeds, buses, cars and pedestrians. I feel a subtle excitement. I am pedaling closer and closer to Turkey, the crossroads to Asia. The western portion, west of Istanbul is considered part of Europe and locals boast that there are many similarities to Greece. The eastern portion however is the crossroads to Asia, where hundreds of thousands of travelers have made their way toward the middle east and Asia. If eastern Turkey and beyond are anything like Egypt and Jordan there is still lot of adventure to come. Europe has been very nice but does not offer the cultural excitement of the east. Other than parts of Serbia, Romania, Albania, Bosnia and Kosovo western culture has pretty much dominated everything from music to lifestyle. 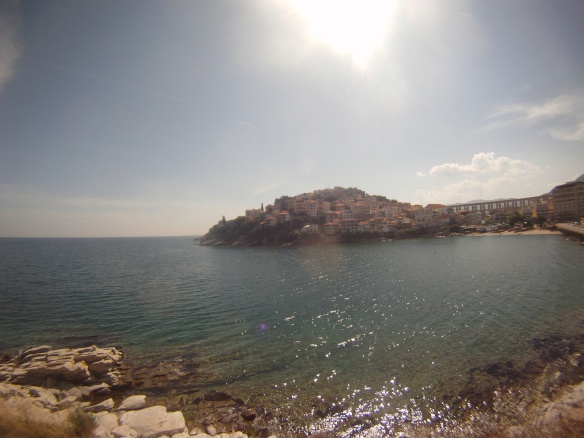 Eastern Greece has a very south feel, much like the humid marsh lands of Louisiana and Alabama. The quiet local roads travel through estuaries, swamps, and lakes. A cool moist breeze flows through the reeds and tall grass covering the open land. Evenings are filled with the buzzing sounds of beetles and puff of cotton from the flowering cottonwood trees fill the air. My father would love it out here! The warm moist weather, local olive oil and lots of olives. Gas stations sell 1/2 kg bags as a driving snack. I have eaten close to 2 kilos in the last few days and enjoy eating them while pedaling. On my second day, I encountered a honey mooning couple headed for Japan. Lilly and Daniel, a cross cultural couple (Colombian and Spanish) met while getting their doctorate degrees and after getting married decided to pedal to Japan. They had been on the road for only 2 months and their actions I reminded me of what I was like at the beginning of the trip. They greeted everyone we passed and seemed to be so happy to be pedaling. It was nice to have company on the road but our paces varied so much that we lost each other the following day. We did have a great night camping on the beach telling stories though. 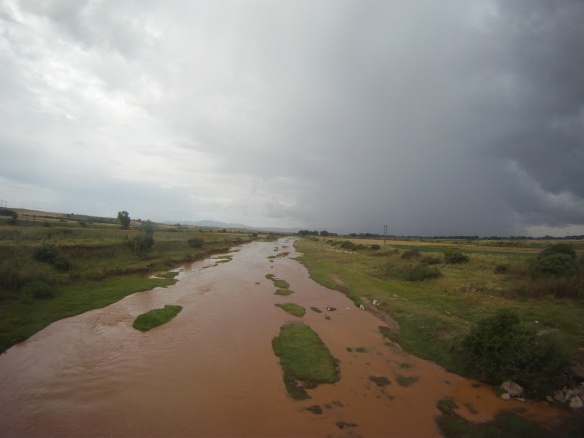 Bridge after bridge in the swampy east Greece

Personally, I really don’t know if I could have a partner on a trip like this. Traveling alone I have learned to count on no one other than myself. What a change it must be having someone help you set up the tent, cook dinner and pack! Many of the traveling two’s that I have encountered on the road all seem to have an undertone of frustration and that bottled with a few bad cycling days could quickly turn into a Molotov cocktail. For me, just a bit of human interaction every few days and I am fine. I really don’t feel the need to have someone around all the time. 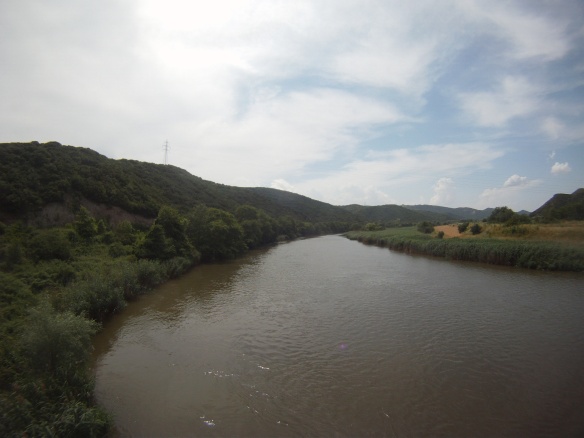 The countryside is mosquito heaven

It is pouring rain outside the Greek café in the border city of Alexandroupolis. I am debating pedaling into Turkey now but the thought of waiting in a line of cars wet to the bone convinces me otherwise. There is a large delta on the border between the two countries and I soon will look for a quiet spot to rest outside the city. Will write again from Istanbul!