Silently and serenely all is forgotten.
Clearly and vividly all is understood.
When one realizes it, time is limitless.
When one experiences it, one’s surroundings come to life.
(Excerpt from The Practice of Zen)

My last day of riding from Karlovac to Fuzine was difficult. The camp site near the abandoned factory turned out to be worthwhile and I slept a few hours later than expected. Without an idea of what to expect when I arrived at the retreat in Fuzine, I packed up Gaby and started the long climb out of Karlovac. The man who recommended my campsite was not joking when he said it would be steep. To make maters worse, just after leaving it started raining and a strong head wind kept me pedaling even during descents. Finally, after 70 km of steep winding roads I climbed to the top of pass and could see the valley below, Fuzine was only 30 km away 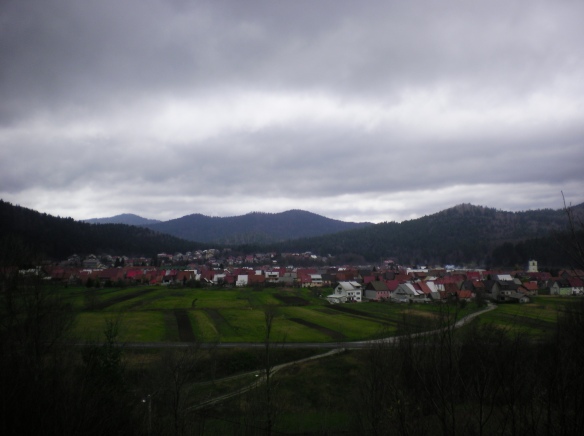 I arrived, cold and wet, and still had an hour before I was to be at the retreat. The town of Fuzine is situated between a large lake and the highest mountain in the alps, an hour from the capital and 40 km from the Mediterranean. On my last Zen retreat, there were only two meals a day breakfast and lunch, with dinner consisting of a broth or some sort of compote. With this in mind I loaded up on calories and splurged on a full tub of ice cream with bananas before arriving. 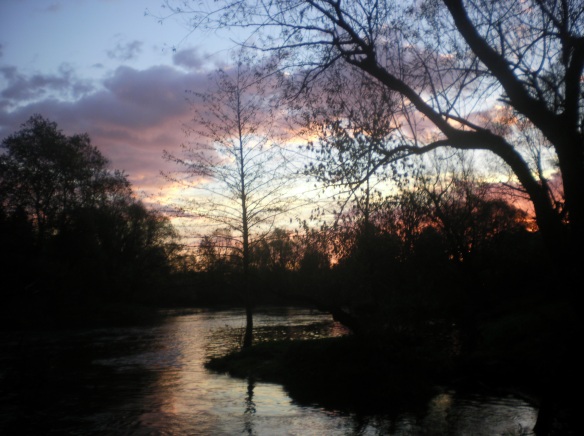 a large three-story building, that doubles as a hostel during the tourist season. I was greeted inside by the owner who told me that he “once did a 5 day silent retreat and almost went crazy” . He was quiet for a while then said “You will be fine though, I am sure”.

Keisaku, traditional tool used to keep one awake during meditation

I wasn’t worried, back in 2007 I attended a 5 day silent retreat with my father in upper Oregon. The first few days were difficult and my body was in a lot of pain from sitting lotus but mentally was nothing like “insanity”. I was given a nice room overlooking the lake and I met my two Croatian roommates who were senior practitioners.

The retreat consisted of some 26 or so people, and was led by a man named Zarko Andricevic, the leading Ch’an Zen teacher in the former Yugoslavia region. The schedule for the next 7 days was simple:

Not all day was spent sitting, there was much waking meditation and yoga but the purpose of the retreat was to quiet the mind and consciously keep focused on the present moment. Several techniques on breath meditation were outlined and Zarko was a really good teacher, who had a lot of insight to offer to my practice. It is truly amazing how much time one spends thinking outside of the present moment, you wouldn’t even notice how much fantasizing and fabricating you do until you try to quiet things down.

View from my meditation cushion, sits were 40 minutes long followed by a walking break

The silence was nothing new compared to being alone in the wilderness, but keeping the mental banter silent was difficult. It was also difficult getting used to not packing up and moving from place to place. With reading, writing and all other forms of “distraction” not permitted there is a lot of time on your hands. I came to enjoy it but from what I observed others felt pretty agitated.

After 7 days of not speaking and or making eye contact, I had completely forgotten that the rest of the practitioners were Croatia! When we all started talking again I was amazed that these people were foreign to me. The retreat also gave me the rare opportunity to get to know someone before speaking to them. How often in our lives do we spend 7 days with someone before making eye contact and speaking to them? I highly recommend a silent retreat for anyone who really wants to know what is really going on inside their minds . If 7 days seems too long, then try a 3 or 4 day retreat. But really the opportunity to find a quiet place, free from distraction to deconstruct the mind is priceless.

During my 7 days here at the retreat I felt as if I were peeling away the layers of delusion, Like peeling an onion. first taking away the skin to reveal the thick first leaf, and then slowly, painstakingly peeling leaf after leaf trying to get to the sprout (my true self) in the center.

Today was the official end of the retreat and I cried with gratitude. We all socialized for a while I couldn’t keep myself from beaming with joy as I made eye contact with my fellow friends. Interestingly enough, I had to think for a while when I told everyone about my journey. Not that I had forgotten about what I was doing here, but it was more like I hadn’t thought about it in a while.

Winter is in full swing here in the Croatian Alps. During the retreat it snowed, and the neighboring peaks are dusted. Temperatures are below zero, and it is time to gear up for Bosnia. With the Mediterranean being less than 50 km away I will sleep on the beaches of Rijeka tomorrow evening, and start the journey east again. I received two donations while on the retreat, thank you to all those who have help support me in any way!