The wind battered, and swayed my tent all night, I awoke to a frozen landscape. The grass crunched like corn flakes under my bare feet, and my water supply was now too frozen to drink.  I walked a few hundred meters to a local restroom, teeth chattering, skin pulled tight around my bones. I looked in the mirror and smiled. Like a frozen lake, the movement from my lips caused my face to twist and crack. I was looking at a reflection of myself ten years from now, skin wrinkled and damaged from the sun. It was not hard to imagine a slouching, grey figure that I will soon become. If this is the future… What am I waiting for? 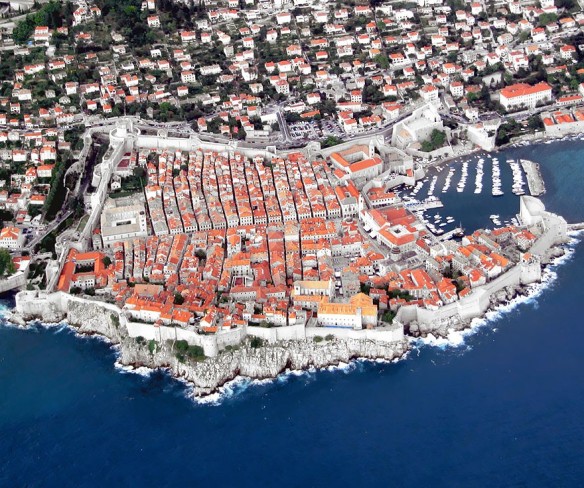 It is mid June, I am halfway across New Mexico and the temperature on this average summer day is close to 120 F. I am in the middle of a 100 mile stretch, no utilities, gas stations or even a sign of life. Desert, black tar, and yellow sand. I pedal over a small hill and come upon a man pushing a shopping cart. His shoes are broken, his face burnt and an old cowboy, bill flapping in the wind, is pulled down over his eyes to shade his wrinkled face. He might be what the Chinese would call a modern-day Zhuangzi, although at first I was not sure the intelligence of a man walking across the desert at this time. “Do you have any gum” he asked. “Chewing gum”? I said. “Your walking in it” I replied pointing to the sun melted asphalt.  We talked for a few minutes, like this, kind of half-joking, half Zen Koan speech. From what I could get out of him, his name was Jean, and he had started his trek a few months earlier, planning on walking all the way to North Carolina, with a shopping cart full of supplies. He offered me a melted power bar, I accepted and told him I was going, he then said “Don’t live your life like you have a 1,000 years”. I laughed an pedaled on. 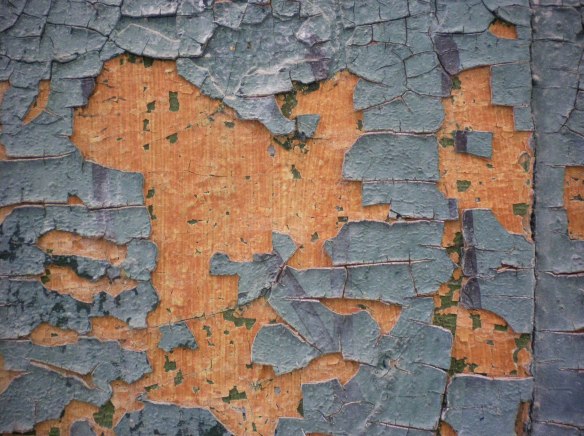 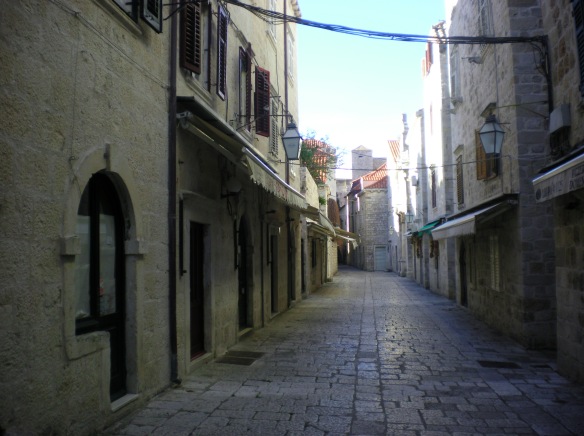 Two days ago, while riding outside of Croatia’s southern most city Dubrovnik, a semi truck carrying a large stack of jagged rebar turned into me. Within a split second, I knew that I had to speed up to avoid the oncoming disaster, and pedaled with force to avoided a collision. After a few deep breaths, I realized how close I had been to danger, and that there was not much I could have done to control it. The cold northern winds (Bura) are so strong over here that the other day I was almost struck by a flying bumper! Like a toupee in a comedy film, the wind pulled a plastic bumper from a passing van, and threw it in my direction. The driver, unaware of his loss continued on down the road, and I turned into the road to avoid the odd-shaped plastic tossing and turning in the wind. This is by far the strongest wind I have encountered on this trip and is comparable to riding the Whittier Fjord in Alaska. The wind pulls branches from the trees, and pushes rocks down steep cliffs.

Room for 2, Gaby and I take an elevator to the 7th floor of friends in Ploce 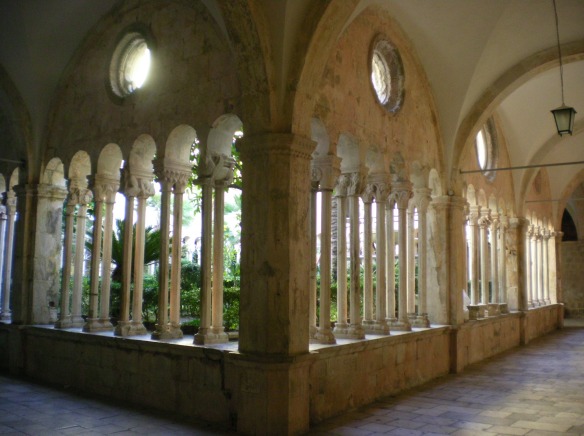 Yesterday I spent 6 hours exploring the small, Medieval city of Dubrovnik. The city has become quite popular in modern-culture as the set of the sci-fi T.V series “Game of Thrones”, and is one of Croatia’s most visited tourist destinations. The city was one of the largest and busiest ports in the Mediterranean sea, second only to Venice and was a sovereign state for hundreds of years connecting the east to the west through trade, culture and religion. Built during the Byzantium period 100-200 BC, Dubrovnik continued to thrive as a port until the late 1800’s. Built like a fortress, the old city is surrounded by stone walls 20-30 meters high, and still has many surviving outposts. Almost empty, I chose a rather inclement day to explore the historic site, but encountered another world traveler heading to Iran in a camper van. Walking around in  I had the streets and long alley ways to myself, and found it hard to imagine a densely populated ancient port city. The city has a beautiful harbor, and I found myself looking more to the horizon than to the historic buildings. 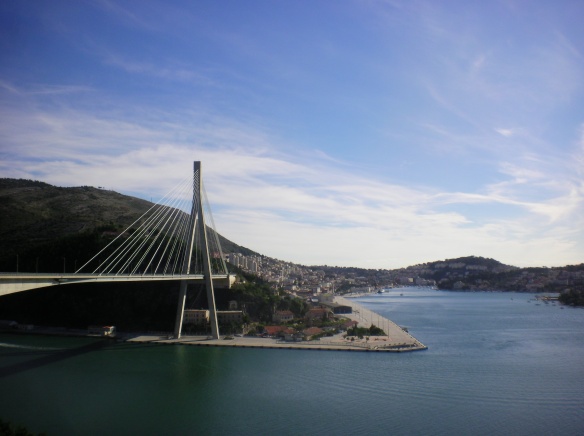 View from the city walls

Outside of the city I befriended a lady who took my hand and told me that it was cold to be riding a bike.  She then offered me a room in her house and now I am the sun bathing on her porch overlooking the Adriatic Sea. This is the end of my Croatian adventures, tomorrow I will be in Bosnia and Saturday is my flight to Egypt. Will write again from Sarajevo, be alive! The first New Moon, Chinese New Year, is on Friday!