Cycling down to Geilo, I felt like my tires were half deflated. Something didn’t feel quite right but I shrugged and continued on my trip towards Tunhovd. I passed a American, from Oakland riding a custom Rivendell frame, he was also on his way to Oslo but was connecting with a train in the next town. His set up, with custom hubs and wheels probably cost close to $5k. By the time I made it to Tunhovd, it began to rain again and I quickly looked for a roof to eat some lunch. After a few slices of bread, sugar and energy drink packets I continued on. Within about 20 minutes my stomach started teaching an advanced chemistry lab, and I felt like was going to explode. Keep pedaling, I told myself, the symptoms may continue to worsen and you may need to be close to a town. My temperature began to rise and I could feel the early symptoms of a GI sickness. It felt like I was towing a vehicle behind me, and each small hill took an enormous amount of energy to climb. I finally made it to the small town of Fla found a park bench and tried to keep things from spinning. Am I really sick? I thought? Maybe just cold? I pushed my bike across the street to McDonalds and decided to see. I ate a cheeseburger, and if it weren’t for the handicapped bathroom would have vomited all over the restaurant. 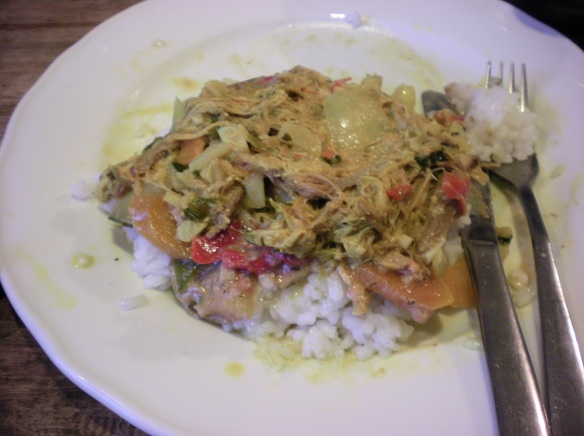 I found an open field about two blocks away and had an awful night of feverish dreams; and stomach pains. I awoke before the sun, and lay in a cloud of sickness till the sun came up. I ate a few aspirin, and packed up my gear for another day. It was 50 miles to the next town, and there I had a bed for the night.
Pedal, pedal pedal, puke, pedal, pedal, puke. ahhhh.
When I was a kid my mom would always say well being sick at home is just the same as being sick at school, maybe so but being sick on a 50 kg bike sucks! 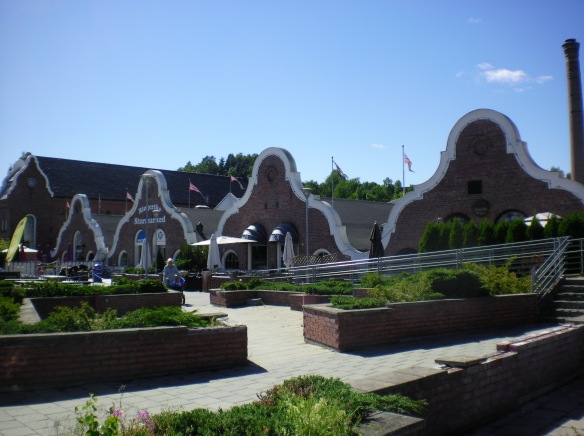 Getting into Honefoss, I repeatedly searched for a warm dry spot to rest while I waited for my host to get off work. I finally found the movie theater fire escape, where I could sitindoors out of the rain.
My host welcomed me, and offered me some leftovers, I ate all I could but didn’t make it very far. After several trips to the bathroom, I asked him and his wife if I could stay another day and rest, not possible was the reply and I needed to leave by 7:30am the next morning. OK, I will just cycle to the woods and find rest again there.

The next morning I cycled into town and decided to wait for the library to open. I sat on a park bench and watched the river push debris into a small lake. Since leaving Haugaustol, I have notice several changes; more minority cultures, graffiti and overweight people. After 20 minutes of sitting in the park a lady approached me and asked me where I was from. We talked for a while and she invited me into her warm house for coffee, yeah! She lived in an old house overlooking the river. We hang for a few hours, and she told me that I reminded her of an old friend, I met her two sons and then she invited me to stay.

I spent two days with Heidi, her sons Cas and Bru and her boyfriend Life. We went hiking to the top of a local mountain, where I viewed the tragic island of Utoeya (where a crazed Norwegian gunned down at least 70 people at a political party in 2011), we went canoeing, she cooked me reindeer and she even cycled with me to Oslo. You are awesome Heidi! 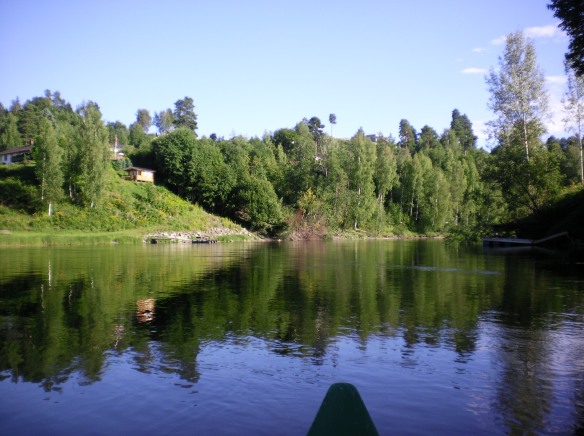 Perfect day for canoeing, I may have even gotten a tan

My fever is gone, but I am still having stomach problems. It seems every time I eat my stomach is filled with so much gas that I feel like I am going to puke. At night it is grumbling and painful for hours while I try to sleep. Lesson learned, I do not have the Norwegian genes to handle the local water from the steams and rivers.

My last night in Honefoss, Heidi took me to he boyfriends house where I sample the local liquors, Aquavit, means “water of life”

Heidi took me on the old forest road to Oslo, during WWII the Norwegians used this road to hide supplies and make attacks on German ships in the Oslo harbor. It is very interesting to ride through the forest and into the capital city.

The Oslo Opera house resembles a glacier floating in the bay

Oslo is a beautiful city full of Brad Pitt look a likes and Ralph Lauren models. The Nobel peace prize is awarded each year in the city hall, and overall the city has a very multicultural feel. Edvard Munch, the Norwegian artist, has many of his paintings here, and the new Opera house draws people from across the country.

I went to the Russian consulate today, Russia is possible! Will be in Sweden tonight,

5 thoughts on “Coming down with feverish cycling”