Departing Oslo was a lot harder than expected. On a Friday evening, in pouring rain I managed to cycle 15 km before my rear rack completely fell apart. I was riding Into a gas station to ask for directions when I heard a loud snap, after turning around and seeing that my rear rack was now resting on my rear fender I almost cried in cold rain. It took me about 45 minutes to jerry rig a temporary fix with zip ties and bungee cords. Afterwards I road another 10 km and slept in the mud underneath a small tree. The rain was so bad I could not cook so resorted to cold beans and a can of Norwegian spam called “Snuring”. 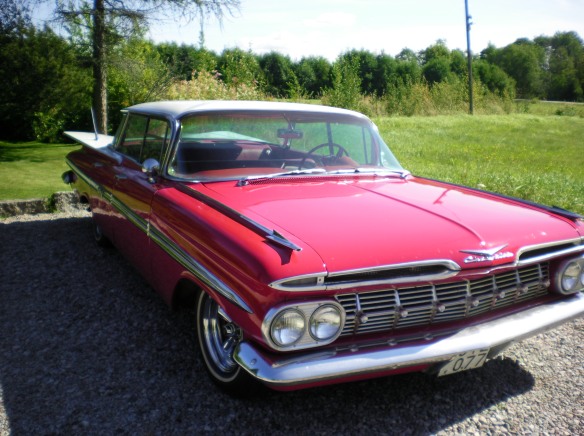 The next morning the sun was up and gave me the opportunity to wind dry my clothes as I pedaled closer and closer to Sweden. There is no official boarder, just a small change in vehicles, prices and language. I stopped into a grocery store and was shocked that I could afford a bottle of sparkling apple cider, it was then that I realized I was in Sweden. Cheap candy, lots of sugary drinks and smiling faces here we go. Another shock was the amount of vintage cars, 1950, 60s and 70s hot rods roaming the streets. I saw more classic automobiles in one day than at a hot rod show in America! Even Chet’s jalopy could be found rolling through the streets. The Norwegian fjords are gone and with them the mountains, the Swedish countryside is composed of rolling hills and open grassy fields. I arrived in Arvika, Sweden just after 3 pm to find a completely disserted city. Everyone had closed up shop at 2pm and I felt as if I were roaming the streets on Christmas morning. I had a host just outside the city and he invited me to a large Norwegian dinner party. Crawfish, scalloped potatoes, salad, cake and lots of beer. I must have eaten over 15 large crawfish and learned that the most flavorful part can be found near the brain! At this party I learned the Swedish tradition of singing drinking songs. They sang “row row row your boat” with alternate lyrics, (ex: drink drink drink a beer). After about 6 songs and 4 shots of homemade vodka I started an interesting conversation with my neighbor Pieter Adrian, a Viking ship builder and a world traveler. After eating cake and listening 100 year old record played on a wind up record player, I slept in a warm bed under a nice roof. 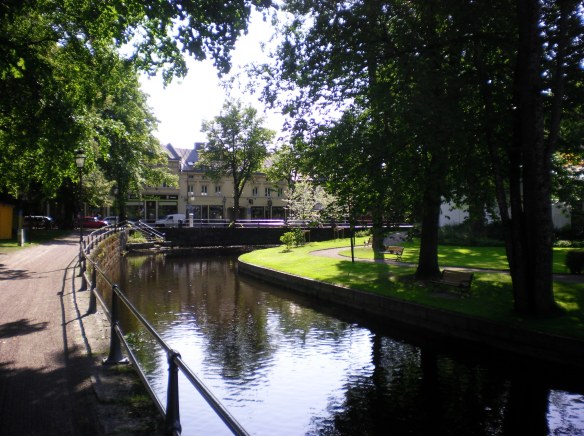 The next morning it rained but my friend Pieter and Kristina offered to help me fix my bike, after a few attempts at welding the decided to fix the bike the “Viking way” using flexibility to establish the utmost strength. After fabricating a few straps out of aluminum gaby is now better than new and can continue to carry heavy loads.

The Orebro castle, I actually got to see the Swedish king and queen as they walked around the city

The Swedish road system is not made for bicycles, most of the new roads do not have bike lanes or even a shoulder to ride on. After several warnings from the locals I decided to find out how bad the conditions on the roads were for cyclists. The shoulder has been replaced with a steel rail and in many areas the road is just wide enough of a single car. With the main roads being too dangerous to ride I had to take various back roads often times leading me far off course.

My new friend Saga, thanks for letting me stay!

Orebro, is the home of my Scandinavian ancestors! In the mid 1850’s they boarded a ship to America and worked for several years as indentured servants. The city is beautiful, and has a castle surrounded by a moat in the town square, I met up with a new friend Saga and spent a great night out in town. She cooked me dinner and I learned a lot about Swedish politics. 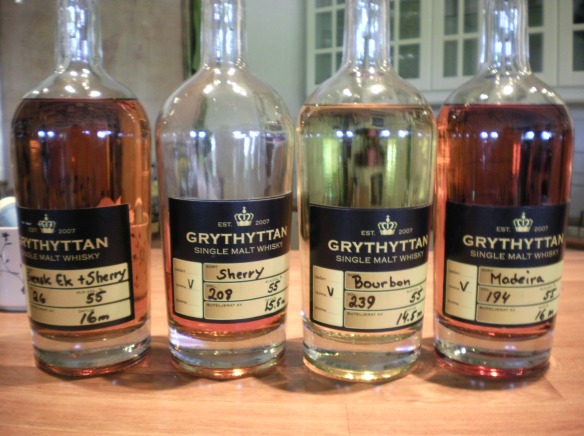 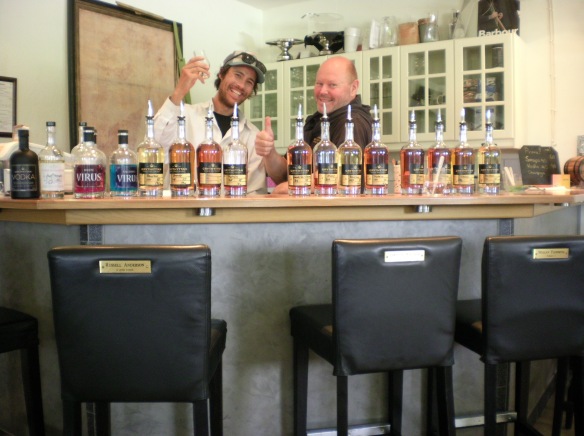 After a few tastings we are pals!

On the road again, I said goodbye to my new friend and headed out of the city to Eskilstuna. My family met some Swedes while traveling in Morocco, and they have invited me to stay with them. Eskilstuna is about 120 km from Stockholm, and is home of the famous mountain climber Goran Kropp. While cycling the country roads I passed a distillery and decided to check it out. To my surprise they were it was their last day in business and they were quickly closing up shop and moving the business to Scotland. I got a official tour, and tried all 12 of their whiskeys! After two hours of great conversation and constant whiskey sipping I returned to the road and pedaled east to Eskilstuna. Jarrett and Maya were very happy to have me stay with them and they cooked me a hearty meal of beer and potatoes. Jarrett has spent extensive time in S. Korea and has peaked my interest! I am heading to Stockholm today and will stay in the city for a few days before boarding the ferry to the Finish Archipelago, Aland. My stomach is better and my strength has returned! 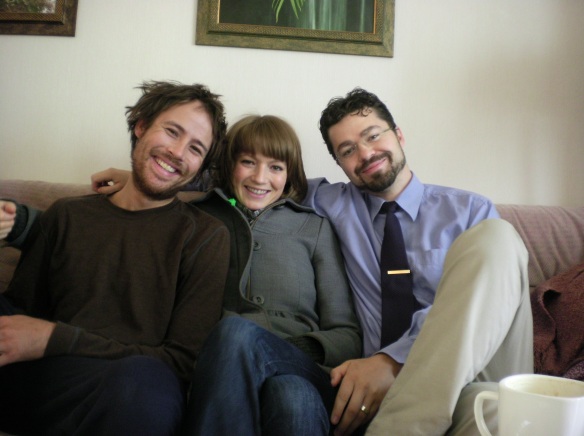 This morning, bedhead, Jarrett and Maya