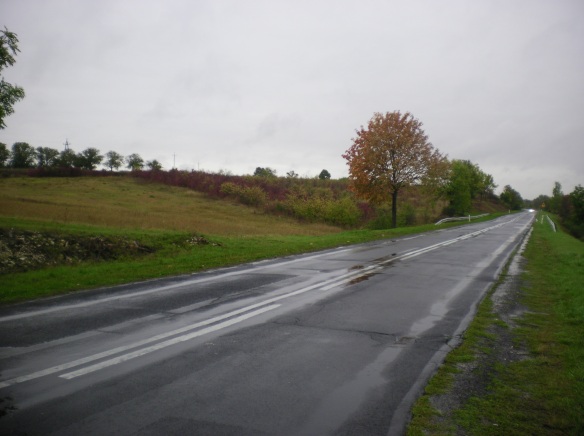 The wet and rainy Polish countryside

Sorry for the temporary hiatus! I have literally spent the last two weeks in the countryside away from an internet connection. The countryside has not changed much, acres and acres of corn, potatoes, apples and recently in the south tobacco. I have been lucky to find plenty of wild camping and I often greet the local mushroom hunters in the morning. Fall begins! The temperatures at night have already dropped below 0C, and I have spent almost everyday in the rain.

My Schengen visa, which grants 90 days of travel in all of the Schengen zone, is quickly expiring. As of today I have four weeks left in the Schengen zone. I am planning a winter Italian cycling trip so the quicker I get to the Serbian border the better. I have changed my route yet again and am heading directly south to avoid the frost. Today I will depart Krakow, Poland and will continue through Slovakia, Hungary, Serbia, Bosnia and Montenegro (where I will have reached the Mediterranean sea)!.

A crash course in Polish would have been nice before cycling through the villages and farm country! It was very rare that I encountered an English speaker and the Poles have a tendency to keep to themselves, meaning things got a bit lonely. There was one particular night when I camped in a stinging nettle forest, in the middle of a big storm. I was at least 10 km from any other human and I spent the whole night dreaming of isolation. So I might need to work on my social skills again when I return, nothing I can’t handle!

My first Polish sunset, a very cold camping spot in the corn fields

Warsaw, the capital was a busy, beautiful, new city. Almost all of the buildings (except for the famous Vodka distillery) were completely leveled by the Germans in the second world war. The “Old City” was actually one of the newest cities in the country built in the old style. Over 200,000 Poles lost their life in this city during the Warsaw uprising of 1942, and tens of thousands of Jews were imprisoned in the “Ghettos” before being transported to the concentration and death camps in the south. There are memorials all over the city, and walking through downtown it is hard to imagine that all this happened  no more than 70 years ago!

One of the few building to survive the war

The corridor of the opera building, Warsaw

Touring the city mostly on foot, I found a local “milk bar” and enjoyed some good Polish food, toured Jewish district and spent the evening picking grapes in the community gardens. 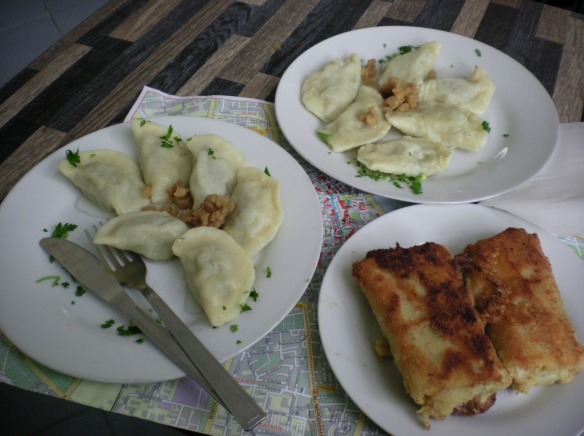 I followed the Wisla river south of Warsaw and all the way to Krakow.  More Polish countryside, almost all identical to the north except for the occasional tobacco fields. People are beginning to burn wood, and in the early evenings most of the villages are covered in a smoky haze. On the second evening, in the middle of cooking some beautiful Russian pork Perogis my MSR whisperlite fuel pump failed. Cold half frozen dumplings for dinner with a raw bell pepper, I guess it could have been worse. Most of my suffering came from the fact that in another 7-10 minutes everything would have been cooked. I will not have a replacement fuel pump till Serbia, bread and cheese for dinner anyone?

The country roads were really quiet heading into Krakow, and I spent another beautiful evening camping in some corn fields. The city has a very laid back feel compared to Warsaw. The whole downtown can be explored on foot and pedestrian bridges and river paths make it convenient to miss rush hour. The city is built around the ancient castle and the old walls still surround the city. The city has a thriving nightlife and great late night street food, zapiekanka, a half loaf of French bread turned into a pizza. 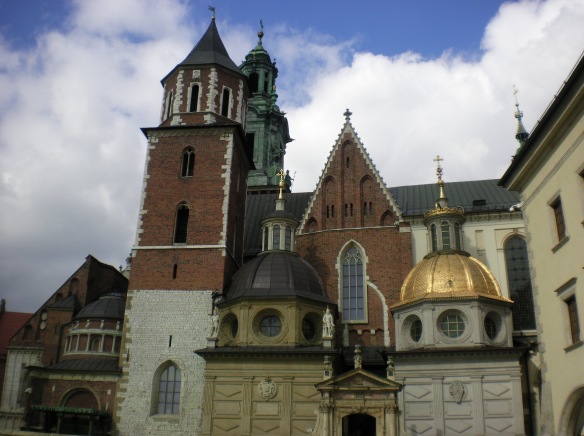 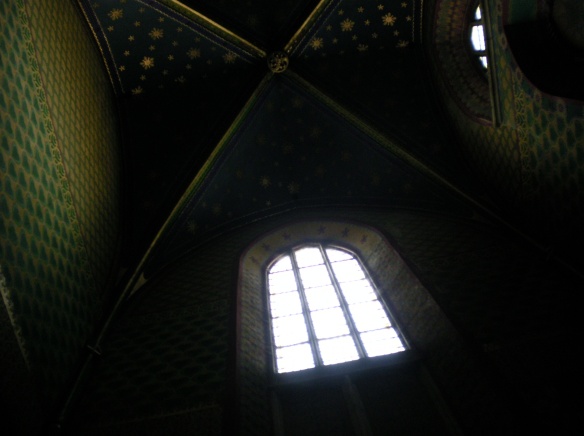 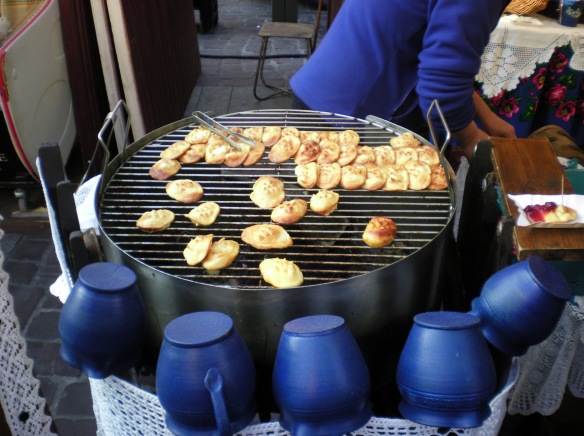 Yesterday I packed into a minibus, and took the 60 km trip to Auschwitz and Birkenau. There is really not too much to say except that anyone who desires to really understand what happened should make the trip to the small city of Oswiecim. Over 1,000,000 Jews were killed at the site of Auschwitz and the near by death camp Birkenau. The tour is pretty graphic and there is one room that has over 17,000 pounds of human hair! Just a fraction of what was recovered from the camp after the red army invaded Poland.

I am heading out again today, and should be in Slovakia by tomorrow morning. I will finally cross some mountains. The roads have been flat since central Sweden and I am looking forward to the landscape change. I will write again as soon as I can but it may not be until Budapest.  I miss you all!

4 thoughts on “Lithuania, Poland, and an expiring Schengen visa”