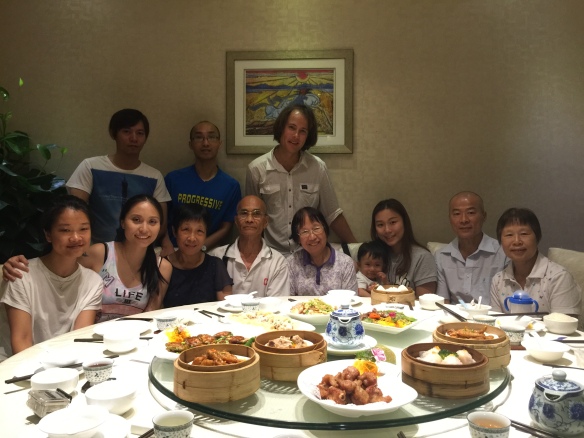 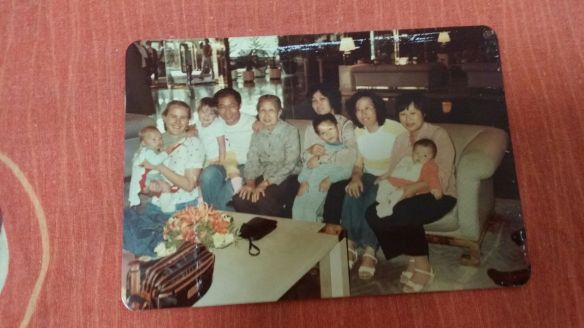 My first encounter with my Chinese family came a month after being born. I am (far left) five days younger than my cousin Mun Mun (far right). My first aunt (second from right) escaped China with her husband in 1972 spending 2 nights on a makeshift raft in the South China sea. Her daily wage in China before escaping was 0.15 yuan, (1 egg cost 0.50 yuan) she arrived in Hong Kong to make 27 yuan a day.

It is hard to recognize the city that has been my family home for so long. In the last 5 years the city has grown to a population of over 15 million, with a skyline similar to Hong Kong. visit. Public transportation marvels that of the west with 10 subway lines, designated bus lanes and river boats. Fancy western cars fill the streets, sidewalks and parking lots, and Chinese labors brave the streets on vintage bicycles carrying tools. A city that was once terribly loud, always dirty and constantly under-construction has developed into a place where I find myself in admiration. Clean streets, quiet parks, and the constantly flow of the beautiful Pearl River. There is something here that, even though may look different tells me I am home. 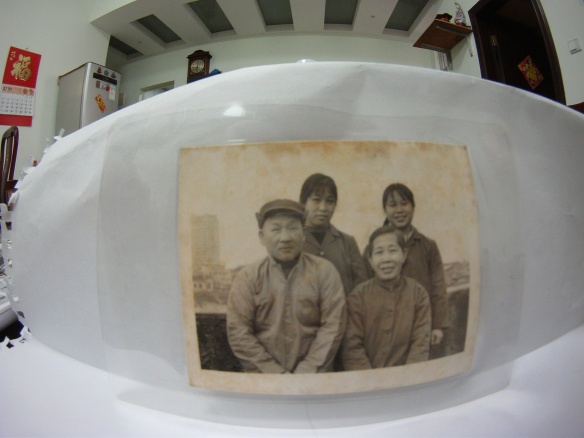 My Grandfather and grandmother, 2nd and 3rd aunt. Their marriage was arranged in the village of Lo Hou 3 hours from Guangzhou. They moved to Guangzhou when my father was almost kidnapped in 1949.  My grandmother had over 16 children, 5 survived.

One of the beautiful things about Guangzhou is that if you wander away from the city center you can still find small local neighborhoods that take you back to the past. Small alleys with herb shops, tea houses and wet markets. Old men wait on wooden benches for a shave at the local barber, kids play with rusted metal pipes chasing stray dogs and old women gossip sitting on small stools in the shade. This is what I love about Guangzhou, the old and new come together and keep life interesting. 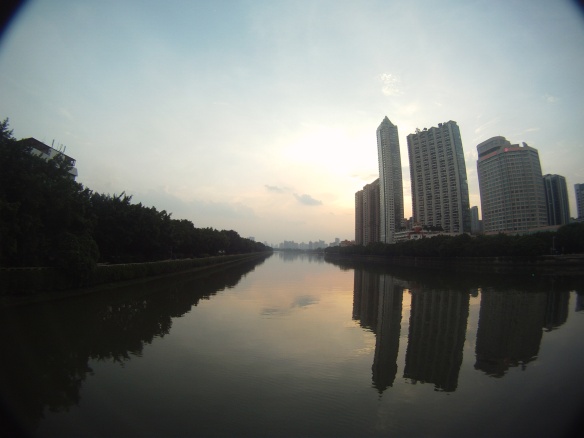 To be quite honest my Chinese family has always been dominated by my father. His role as the eldest son supporting his starving family from abroad is never forgotten and during his lifetime his family has always been subservient to him. Now, with him gone, they are no longer overshadowed and outspoken, and for the first time in 32 years I can really get to know who they are. 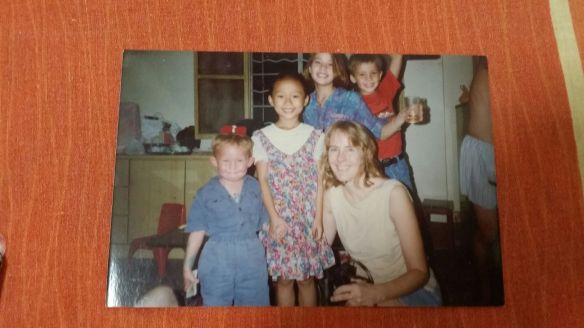 Earlier trip to China (1992). Center my cousin Mun Mun, my young Mom, my two sisters and me.

The elder generation (my 3 aunts, uncle and their husbands) have not changed much. Prices of vegetables, and where to buy the best pork still make up the majority of conversations. Childish arguing between my second and third aunt is very common and the other day I listened to them argue over about what type of soy sauce is best with certain types of fish. I find them happy, loving and extremely dedicated to my health and well-being. My second aunt, after working and living as a laborer most her life has found herself quite wealthy with the support of her two children. I find her surfing the internet on her I-pad and planning trips to Thailand and Japan. 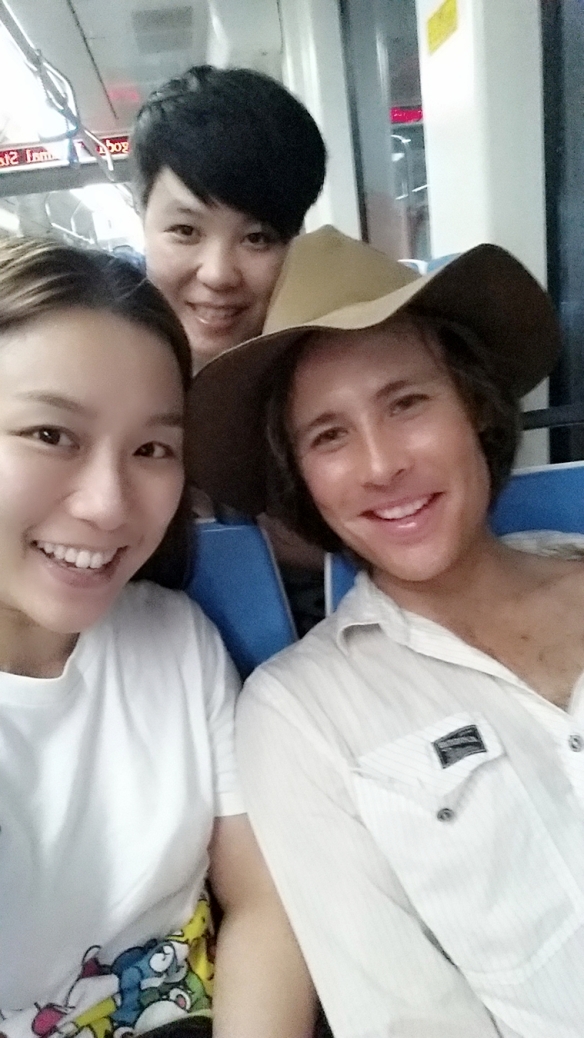 The older generation has since retired, and now my generation is the work and money force in the household. In most households children will continue to live with their parents until marriage, and even after marriage the mans parents will live with his wife (leaving the wife’s parents to live alone). Working, like in America, is the most important thing other than eating well and taking the appropriate medicine when sick. I find my cousins busy developing business connections or continuing a 10 year career at a bank or foreign company. There is a large discrepancy between careers of men and women in China. My male cousin is a “high rolling” Real Estate investor and bank finance manager who climbed the success ladder from a small, starting temporary position. My two female cousins however, Mun Mun and Hong Yin have been working the same job and position for over ten years with little more than a small raise every other year. Mun Mun is somewhat of a black sheep in the family as she recently divorced and is now individually taking care of their baby. This puts an extensive burden on my 3 aunt and her husband as they care for the baby on weekdays. I see unhappiness, and difficulty for the first time in their family relationship. 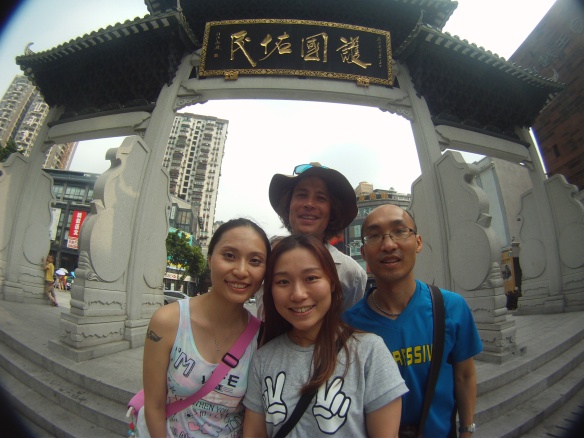 It is now, with the burden of family support, choice of a spouse and thoughts of retirement that I really get to know the faces I have grown up with. No more are we silently waiting at the table to be spoken to or absent from the deliberation process. The elders look to us for the plan and wait for us to decide. In some ways being here is a glimpse of the future, I still have time to decide, but for my family the road ahead seems already decided. 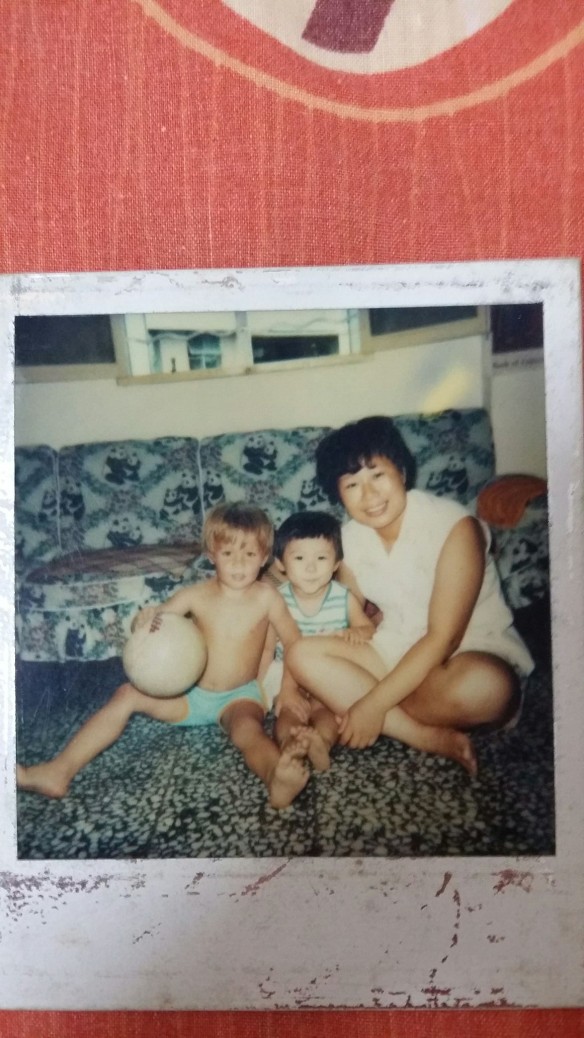 Playing ball with Mun Mun and my 3 aunt. Circa late 80’s.

My uncle (my fathers little brother) has always been a mystery to me. In his early twenties he was an officer in the Communist Red Guard, and may have been responsible for the internment and death of many Chinese libertarians. Later in life he became mentally unstable, and at one point attacked my grandmother, blinding her in one eye. He was then committed to a psychiatric ward, where he has lived since. In Chinese culture mental illness is a sign of weakness and instability within ones family, as a result I spent much of my life unaware of his existence. Years later I would see his photo, notice the resemblance, and seek out to meet him.

My first meeting came last weekend, when I went to the Guangzhou Psychiatric hospital with my 3 aunt. He is no well over 70 years old, and am told that in his old age and continued illness has given up speaking. An old three-story building on the outskirts of the city, large banyan trees and an open asphalt parking lot. We found the hospital completely understaffed, leaving over 150 patients to the care of 3 nurses, in one large caged room. 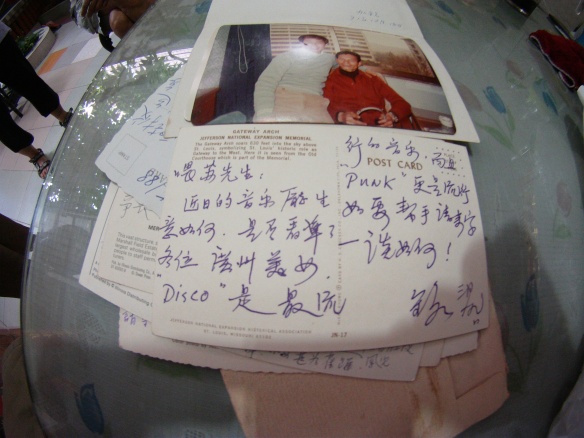 A post card my father sent his family in the early 1970’s. He mentions the words “Disco” and “Punk”. 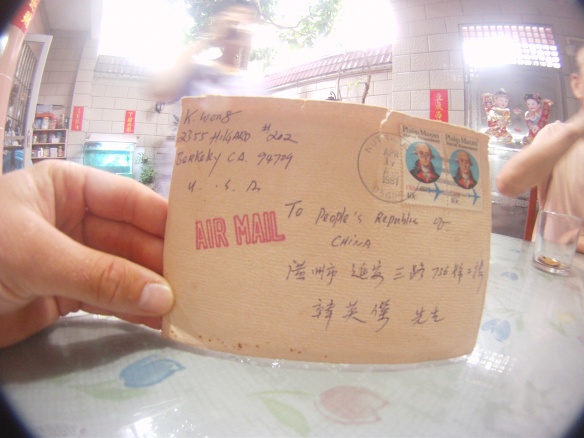 A letter written to my fathers best friend shortly after having my sister, 1981 .

Climbing the stairs to the third floor we were  brought to an extremely noisy environment; yelling, screaming, and the sound of furniture being dragged across the floor. I looked through the metal barred door to see a room full of men wearing stripped uniforms and plastic hand bands identifying the person as well as illness; (Many of the bands simply read: name, mentally ill.
There was no long pause, or stillness as I waited, outside the caged room. Only chaos. I watched as mothers, sisters and brothers waited for their loved ones to greet them. Most seemed complacent, and some barely seemed understand what was happening.

I heard someone shout and a skinny old man, with head slopped down was brought to greet us. His body was slumped and his head seemed to hang forward as he walked towards us. There was an unmistakable resemblance to my father and I couldn’t help but start to cry. He sat down, with his head looking down and began smoking a cigarette that was given to him. He smoked fast and seemed to inhale a complete cigarette in one breath. Sometimes he would only smoke half before tossing it on the floor and motioning for a new one. He smoked and ate the food my aunt had prepared, always looking down without saying anything. I sat at his side and lit his tobacco while listening to my aunt ask him if he wanted another. His toothless mouth chewed, muffins, dumplings, soup. No, no soup today he shook his head as I offered it to him. He talks to no one, has no friends and spends all day alone in the corner of the large room. Another man wearing a stripped uniform reaches down and picks up the half smoked cigarettes left from my uncle. He tosses them towards the cage and the skinny white arms of the patients reach for the tobacco. 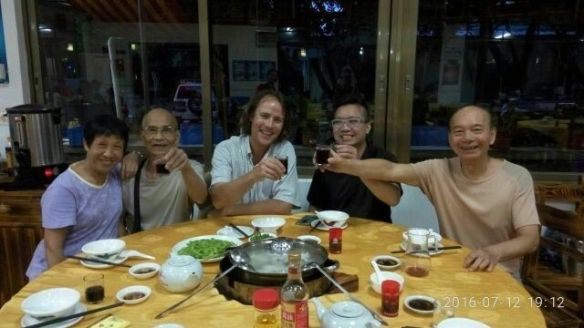 Dinner with my fathers best friend, Kit (far right). They both planned to escape China together but he wanted to wait for his pay check, he never made it.

“Uncle” I think to myself. What is going on in your head? I wish I could talk to your or tell you not to worry.

Then……as quickly as he came, he stood up and walked back into the holding room. He neither looked back nor seemed to notice my presence. 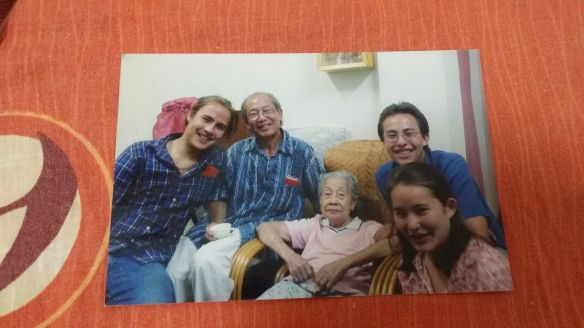 2006, last trip to China before my grandmother passed.

I have unexpectedly fallen for a local Cantonese girl. It is not the touch but rather its extended absence that makes a union special. As I write this I am already many miles away in Hong Kong, and the distance will only continue to grow.

I am spending the weekend with my aunt and friends in Hong Kong before heading back to Yunnan on Tuesday.